Climate Change & the Military: The State of the Debate 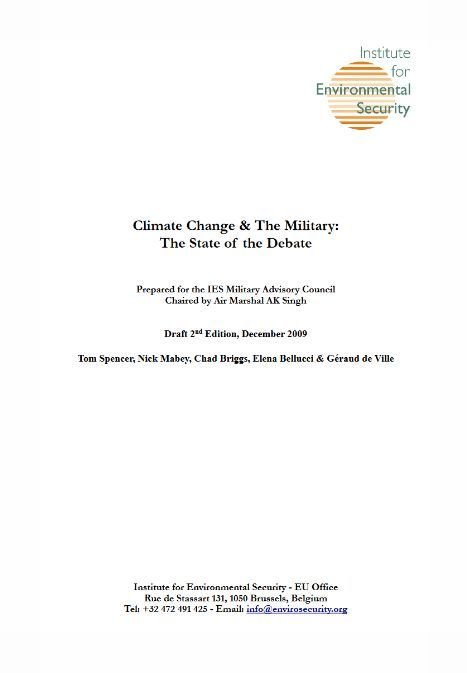 The debate on Climate Change & Security has grown at a rapid pace over the past three years.  In contrast to previous academic discussions on environment and security this process has increasingly been led by voices from the military themselves.  For the general public this took concrete form when the CNA convened a panel of retired senior military officers and national security experts, the so-called ?Military Advisory Board? and conducted an assessment of the national security implications for America of global climate change.  Their landmark report ?National Security & the Threat of Climate Change? was finally published in April 2007.  It found that climate change constituted a ?threat multiplier? to existing security risks in some of the most volatile regions of the world.