Climate Change & Security at Copenhagen - II: The Contribution of the Global Security Community to Success 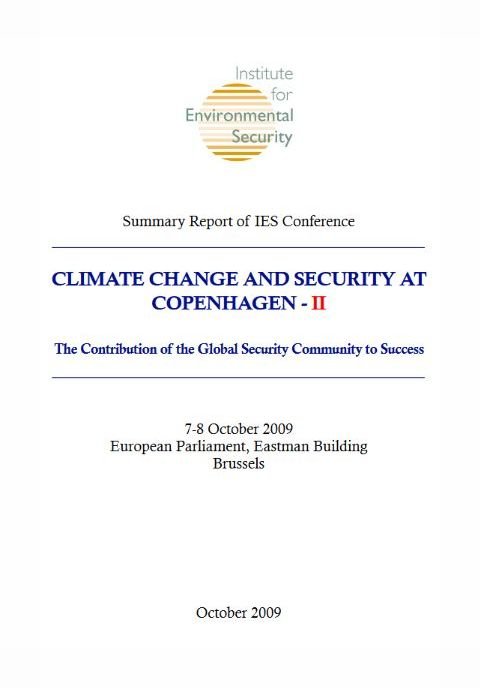 On 7 and 8 October 2009, the Institute for Environmental Security and its partners met at the European Parliament in Brussels to discuss the state of affairs in the lead up to the December UNFCCC COP15 meeting in Copenhagen, focusing particularly on the aspect of Atlantic Relations on the first day and on Glacial Melt in the Hindu Kush / Himalayas / Tibetan Plateau, the security dimensions of climate change and the Climate Change and the Military Project and the perspectives for Copenhagen and Beyond on the second day.

"We need to wake up and wake up in time," were the words of Air Marshal A.K. Singh, the Chairman of the CCTM Military Advisory Council and Distinguished Fellow at the Centre for Air Power Studies, New Delhi, during the opening of the conference. In his keynote address Nick Mabey, Chief Executive of E3G called for a "joint agenda for action in order to develop robust understanding of the impacts and drivers of future climate change scenarios." This sentiment was echoed all through the two day conference with the panellists and speakers agreeing that there is now a pressing need for the military to play an important role in raising awareness on the security implications of climate change.