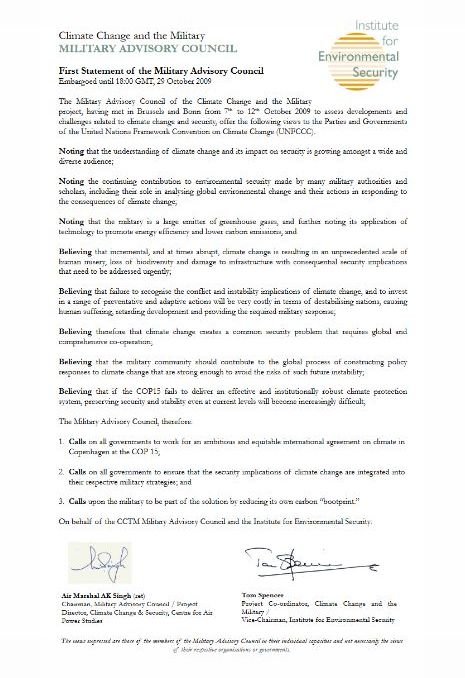 A group of serving and retired military officers from Africa, Asia, Europe, Latin America and the US released a statement on 29 October 2009 calling on all governments to "work for an ambitious and equitable international agreement" at the global climate talks in Copenhagen in December.

The statement, presented in Washington, and issued simultaneously in Brussels, Dhaka, Georgetown, London, New Delhi and The Hague, says that "incremental, and at times, abrupt, climate change is resulting in an unprecedented scale of human misery, loss of biodiversity and damage to infrastructure with consequential security implications that need to be addressed urgently."