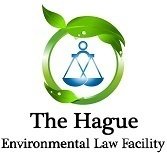 Whaling in the Antarctic: Observations on the ICJ Judgment in the Case Australia v. Japan

On 31 March 2014, the International Court of Justice announced its verdict in the case Whaling in the Antarctic: Australia v Japan, New Zealand Intervening. Australia claimed that Japan’s continued pursuit of a large-scale program of whaling under its research program was in breach of that countries’ obligations under the International Convention for the Regulation of Whaling (“ICRW”), as well as its other international obligations for the preservation of marine mammals and the marine environment. Dr. Ribbelink provided his observations and comments on the manner in which the ICJ decided in this case.