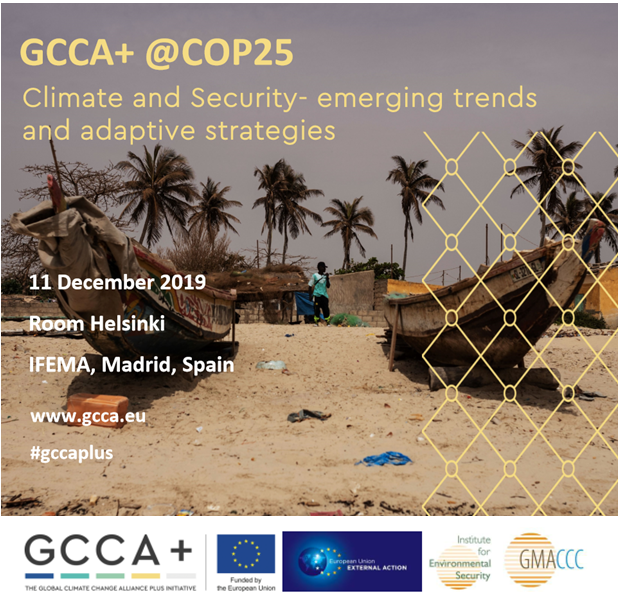 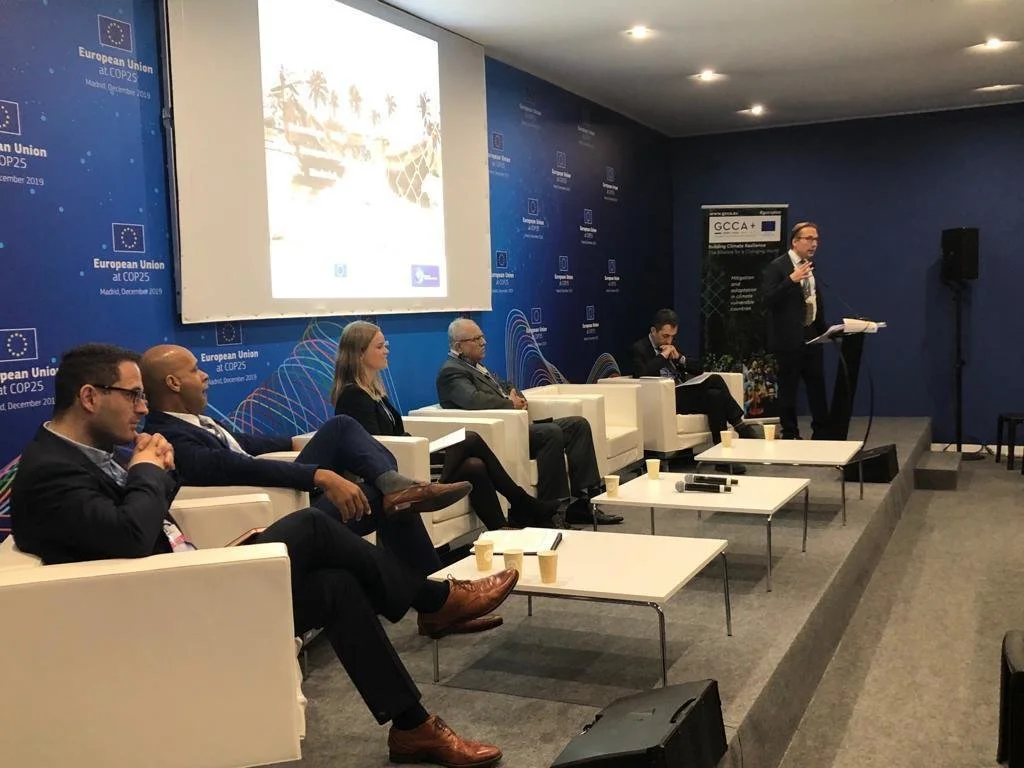 On all levels climate change is amplifying global security challenges and increasing the need for accelerated implementation of the Paris Agreement, e.g. the 2007-2010 drought in Syria has caused massive exodus from the rural areas to the cities, which has been considered a key driver for the extreme violence and destruction of the country; droughts in the Sahel pit pastoralists against farmers with deadly conflicts as a result; climate change aggravating water deficits in the “Dry Corridor” are an important push factor contributing to migration from Central America to the U.S.

Together with GCCA+, the European External Action Service and the Global Military Advisory Council on Climate Change (GMCCC), IES is co-organizing an event at in the EU Pavilion at COP-25 in Madrid on 11 December 2019 on "Climate and Security- emerging trends and adaptive strategies" to explore current challenges and opportunities to address the climate-security nexus in LDCs, SIDS and associated territories. In addition, it discussed the local and regional approaches to tackle climate-security issues and analyze how various climate conflict resolution approaches could be integrated into current and future climate programs.

The session was meant to expand our understanding of the ways in which climate change interacts with international, regional, national, human and environmental security by examining themes such as:

- Case studies of how climate change adaptation has been utilized in cooperation or peacebuilding efforts;

- Climate-induced conflict as a factor in communities’ vulnerability as well as their struggle to gain greater adaptive capacity;

- The multiple forms of mal-adaptation including divergent adaptations that tend to increase resentment and conflict;

- Political ecological approaches and interactions in relation to adaptations and conflict;

- State-led or state-sponsored adaptations that lead to greater human insecurity;

- The role of the Military in assessing the security implications of a changing climate, in adaptation and in responding to climate change-related natural disasters.

Visit the GMACCC site. | And go to the GCCA+ event page for further details.

The Climate-Security Nexus: Implications for the Military
The Security Implications of Emerging Climate Altering Technologies
Focusing on Extreme Weather Disasters