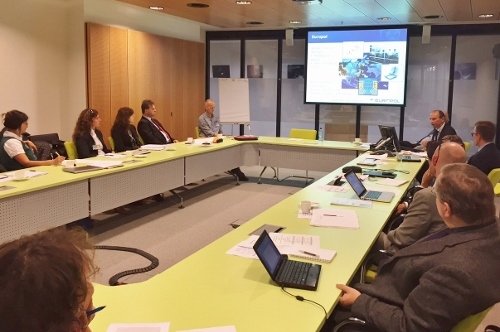 An environmental crime workshop was hosted by Europol at its headquarters in The Hague on 9 September as part of the European Union Action to Fight Environmental Crime (EFFACE) project.

"Environmental crime in the EU: Is there a need for further harmonisation?" was the topic of the meeting in which participants examined the desirability and implications of harmonised enforcement and judicial guidelines to combat environmental crimes such as illegal waste disposal, animal trafficking, IUU fishing and illegal logging. The EFFACE project assesses the impacts of environmental crime and evaluates policy options for combating it from an interdisciplinary perspective, with a focus on the EU.

Attendees of the workshop, organised by IES, included EFFACE partners from universities and NGOs, representatives from the European Commission, Eurojust, EnviCrimeNet and Europol officials. A report on the workshop will be posted soon on the EFFACE website.

For more information on the workshop