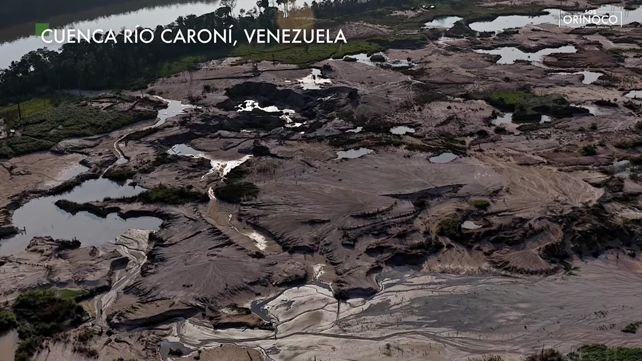 A new short documentary seeks to denounce how unique ecosystems of the Guiana Shield - 19.8% of which is in the Amazonian region of Venezuela - are being destroyed mostly by gold mining. According to the film, this Precambrian geological formation - one of the oldest regions of the world - is an extraordinary biodiverse treasure and it is in eminent peril. This rainforest is being illegally logged to make way for mines, roads, and mining camps. The once clear, voluminous rivers are contaminated and poisoned with mercury, employed to extract the gold from the rocks. Elevated mercury levels have been found in freshwater fish from the region, which are exported for consumption in neighbouring countries. The rich cultural diversity of the 27 indigenous peoples inhabiting the region is almost gone.

Why? The area is rich in precious minerals. Bauxite (used for aluminium production), coltan (used in the production of many electronic devices), diamonds, and gold are mined by thousands of small miners controlled by national and international criminal groups, including Colombian guerrillas (FARC and ELN), in partnership with the Maduro Regime. The Maduro regime benefits directly and indirectly from illicit mining: actually, state-owned enterprises are involved, which source minerals from illicit mines and export them to other countries (Turkey, UAE, Russia, China).

Commenting on the film, IES President, Wouter Veening said that “The documentary is another dramatic exposé of the ecocide taking place in the so-called Arco Minero with all the destabilizing spill-over effects in the neighbouring countries and the geopolitical ramifications of the associated mercury trade and the laundering of the gold by Turkey, the UAE and China”. 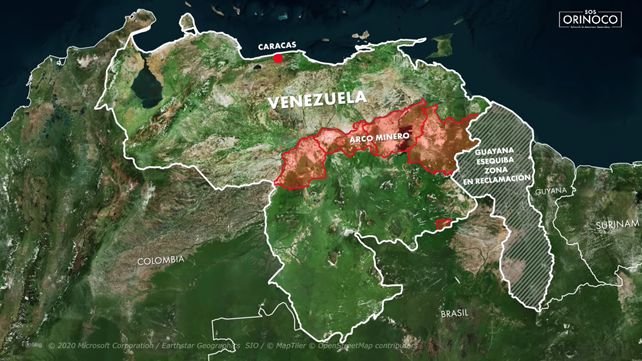 “It’s impressive to know that an area the size of Portugal, known also as the ‘Green Lung’ of Venezuela, is turning into a wasteland. Even if the activities immediately ceased, these lands would remain inhospitable for decades due to the infiltrations of mercury”.

“Those activities do not undermine only the environment, but they raise great concerns also for the ongoing human rights abuses on the indigenous population. The communities that attempted to resist have been repressed or forced to abandon their ancestral lands. Those that did not were coerced into mining activities and forced to work in disastrous conditions, under constant threat of their tormentors. It has been estimated that 500,000 miners are employed”.

Mr Veening added that “Venezuela has been referred to the International Criminal Court (ICC) in The Hague for Crimes against Humanity by six countries, all of which are members of the Organisation of American States (Argentina, Canada, Colombia, Mexico, Paraguay, and Peru).

IES is working with SOSOrinoco and other participants in the Stop Ecocide campaign to include the crime of ecocide as described in the documentary in the procedure by the ICC. The Office of the Prosecutor now has to decide on a full investigation.”

The 20 min documentary film - El Arco Minero: Ecocide or Suicide? (with English subtitles) - on the human and environmental devastation caused by illegal mining in Southern Venezuela was produced on the occasion of the UN Environment Program XXII Forum of Ministers of the Environment of Latin America - Barbados, 1-2 February 2021 by SOS ORINOCO, an advocacy and investigation group started in 2018 by a group of experts inside and outside of Venezuela.