All Hell Breaking Loose: The Pentagon’s Perspective on Climate Change 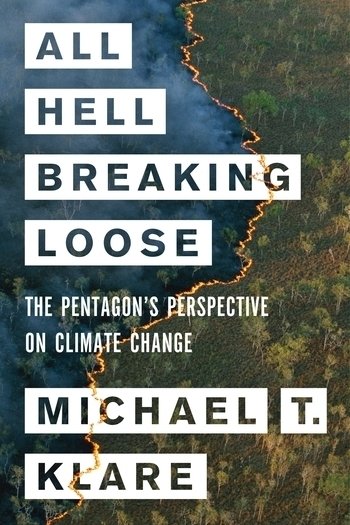 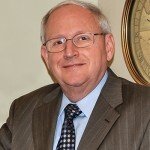 All Hell Breaking Loose – The Pentagon’s Perspective on Climate Change is a well-researched and clearly written book concerning an important topic in strategic defense analysis, explaining how climate change is threatening U.S. National Defense. It is sometimes a confusing task for the Department of Defense (DoD) to recognize the emerging threats to U.S. national security, particularly when they are not related to fighting forces and existing conflicts. The knowns are easy, such as the growing power of China, the rise of terrorist threats around the globe, or the proliferation of nuclear weapons. Michael Klare addresses a futuristic threat to the security of the United States, climate change, which is much harder to interpret, but of no less a concern to our nation and the world. He has taken an interesting approach in establishing climate change as a national security threat to the United States. The author makes his case by examining the ongoing activities within the DoD to demonstrate the deep concern within the intelligence community, military-strategic planners, and even combatant commanders for how climate change threatens peace and security on a global scale. He uses the products of our strategic planning process to show how global warming, sea-level rise, extreme weather, water as a scarce resource, loss of snow and ice cover, and other climate change drivers are impacting human security today and into the future. The book does not enter into the climate denier debate. Like the rest of the world community, the author recognizes that that discussion contradicts all existing scientific information and climate changes already recorded. The data compiled by the author to establish the threat-risk scenario of climate change includes open-source reports directly from the military services, the Global Combatant Commands threat assessments, the Joint Staff analyses, and findings from key independent research centers. He also looks at intelligence assessments published by our national intelligence organizations. All the data he references leads the author to the same conclusion, the dire impacts of climate change must be considered in our national security strategy and defense planning. There are numerous additional studies the author could have included, however, none of these would contradict the author’s findings that climate change is a major threat to our security.

All Hell Breaking Loose is not written as a scientific analysis of climate change, which may be a relief for many readers, because too many of those books have been written to impress other scientists. Rather, the author approaches the subject following the model applied in strategic security analysis where a risk assessment approach is used to rank threats based on probability of occurrence and magnitude of the consequences. For readers who are not familiar with the impacts of climate change, this may make understanding some of the linkages between climate drivers and security more difficult. For readers who want a more basic understanding of the science behind the concept, this reviewer published an article entitled "Strategic Defense Impacts of Climate Change: An Interagency Challenge" in the InterAgency Journal (Vol.9, No.4, 2018), which provides more detail into how climate change impacts become security issues. That article also uses case studies to tie the issues to real-world problems we are seeing today. Interestingly, both that article and this book independently concluded that the risk of loss of fresh water resources within the Tibetan watershed, an area with 3.2+ billion people and four of the largest nuclear-armed militaries in the world, representing one of the most dangerous future high-level risk threats. It is this highest level of strategic security risk that the author refers to in his title as, “All Hell Breaking Loose.”

In seven chapters the author takes a staged risk/threat assessment approach to describe how the Pentagon has assessed the impacts of climate change on world security. He also shows the work being done within the DoD to address impacts to our Homeland Security, including the many climate-induced risks posed to DoD facilities and the operability of our forces. At the strategic level, the impacts of climate change causing the most damage are shown to include food shortages, water scarcity, loss of ice in the Arctic, the spread of epidemic/pandemic disease, mass migrations of people evicted from their homes by climate change, and conflicts over dwindling resources. He completes his thesis by connecting these threats to the military/security responses that will be required in the interest of our National Security. He shows ever increasing demands on military forces for worldwide humanitarian response, crisis management, peace keeping and support to failing states. In Homeland Security, the author placed a special emphasis on how extreme weather events, particularly hurricanes which are a growing threat to our security. He used recent historical data to show how military forces are necessarily diverted from primary threats and military training to support an increasing number of major disasters such as the hurricanes hitting the U.S. and Puerto Rico in recent years. He did not try to look at future scenarios based on current climate change research. “On Global Warming: A Center of Gravity Analysis of Atlantic Based Tropical Cyclones”, a master's thesis by Major Ian Kent prepared at the U.S. Army Command and General Staff College (available online from the College’s library, the Ike Skelton Combined Arms Research Library and the Defense Technical Information Center) looks at the future of these storm events based on the best available climate science. Major Kent’s strategic analysis of the risks posed by future Atlantic hurricanes concluded that in the future this issue will be much more damaging to our national security than Michael Klare described, with damage costs going into the trillions and massive additional demands for military support. Klare presents a compelling discussion concerning how an Arctic region without sea ice presents never before considered perils on our northern border.

The last two chapters of the book describe, first, the risks climate change poses to military facilities and operations, and then presents some of the actions the DoD is pursuing to go Green in response to climate change. He shows that several Navy and Air Force bases near the oceans are already being damaged by sea-level rise and storm events. He found that the cost to mitigate these impacts is going to be enormous and even then some bases cannot be saved. The going green initiatives discussed are noted as a model of the smart way to do business. In one example, the author demonstrates that reducing the operational use of fuel saves money and lives when deployed. Reducing energy at posts, camps, and stations is an ongoing mission of every service; it is smart business and contributing to climate change mitigation.

The only caution I would offer to anyone reading this book is to recognize that climate change as a National Security threat is a whole of government issue. This book is generally written with a military-centric view of the problem. The military can/must advise the civilian leaders appointed as Secretary’s of the services and defense, but the final authorities rest with those senior civilians. Further, consider that this is not a fight where the military is in the lead. The military is in support of the climate crisis conflict, but many/all other elements of our national power are requisite to defeat this adversary to peace and security. Otherwise, the result is as Michael Klare warns in his introduction, “the American military will lose its capacity to defend the nation”.

In summary, All Hell Breaking Loose is an excellent book that would be a valuable read for anyone interested in military planning or national security analysis. It is written in a non-military style where anyone (i.e., civilians) wanting to understand how climate change is impacting human security and peace would learn much from this book.