The Geopolitics of Climate Change

On 23 April 2008, the IES co-organised a half day symposium during which Dr. Peter Halden presented his recent book on The Geopolitics of Climate Change 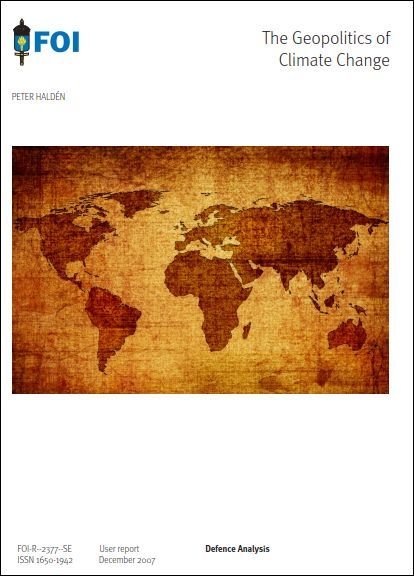 The meeting was part of the Programme on Climate Change and International Security (CCIS) including a series of events in follow up to the Conference on Climate Change, Security and Sustainable Development: From Bali to Poznan, which the IES organised at the European Parliament in Brussels on 18 December 2007.

Read the summary of the meeting with highlights of the presentations.

The Greening Foreign and Security Policy Network, co-organised by IES with GLOBE-EU, is an informal gathering of experts from international and intergovernmental organisations, European Union institutions, national governments, specialised institutes, universities, NGOs and the private sector. The network provides opportunities for informed dialogue between experts and policy officials on the linkages between environment, security and sustainable development.