Building Climate Change Institutions: The Case of Environment and Security 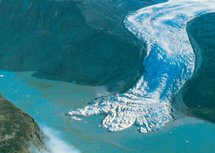 On 21 March 2012, the Centre for European Studies (CES) in cooperation with the Institute for Environmental Security organised a conference on "Building Climate Change Institutions: The Case of Environment and Security".

The relative success of the climate change talks in Durban offer the world the opportunity to move beyond the discussion about funding and the modalities of mitigation. Whatever the outcome of the negotiations in 2015, the world now faces several decades of abrupt climate change with intense climate events. Humanity has no choice but to shape the institutions to manage the consequences of climate change on international security. The CES-IES hearing engaged military officers, think tanks and parliamentarians in a creative exercise to gather policy ideas and design today the institutions that will tomorrow manage climate security.

The event was held at the European Parliament with the following specific objectives:

The Need for Speed: Reducing Short-Lived Climate Pollutants Can Cut the Rate of Global Warming by Almost Half and Arctic Warming by Two-Thirds for the Next 30 Years or More, (DRAFT: 8 March 2012), Institute for Governance & Sustainable Development

Near-term Climate Protection and Clean Air Benefits: Actions for Controlling Short-Lived Climate Forcers, UNEP, November 2011: This report addresses the mitigation of short-lived climate forcers (SLCFs) and its key role in air pollution reduction, climate protection and sustainable development. SLCFs are substances in the atmosphere that contribute to global warming and have relatively short lifetimes in the atmosphere. The focus is on three SLCFs – black carbon, tropospheric ozone and methane – because reducing them will provide significant benefits through improved air quality and a slowing of near-term climate change.

An EU Security Strategy: An Attractive Narrative, Brigadier-General (Ret.) Jo Coelmont, Egmont – The Royal Institute for International Relations, Brussels, Security Policy Brief, No. 34, March 2012: In today’s ever more complex world, a European Security Strategy (ESS) is needed to preserve our European values and interest, our European way of life – and the Union as such.