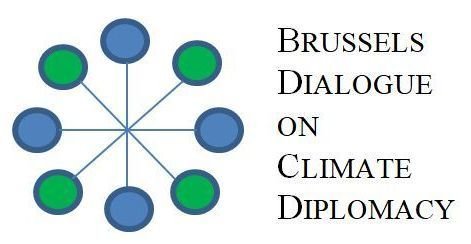 The first meeting of what became the Brussels Dialogue on Climate Diplomacy (BDCD) was organised by the Institute for Environmental Security (IES) at the European Climate Foundation (ECF) in Brussels on 31 March 2016.

The focus was on a presentation from the Global Strategic Communications Council (GSCC) highlighting much hope that the Paris Agreement finalised at COP21 in December 2015 had changed the rules of engagement on climate change which should lead to a new kind of multilateralism and real progress in reducing the threats posed by climate change.

Participants recognised the importance of communicating the grand sum of many small decisions - from this point onward. Every new decision taken on infrastructure, security, energy, etc. has an impact on climate and needs to be seen as such.

The year 2016 was then seen as the year of 'Mainstreaming' climate change issues. The UNFCCC, through the binding reporting requirements of COP 21 has developed a rhythm which could be continued and which would be relevant in the wider context of issues such as famine, migration and terrorism.

Participants reinforced the belief that expert spokespersons from the security community can add credibility in bringing climate issues to the public. They also recognised the important role the military and security sector can play in risk analysis, responding to natural disasters and in reducing thier own environmental impact.

The then forthcoming G7 report "A New Climate for Peace" was highlighted and participants also listed several other suggestions for practical action by governments and international organisations to better analyse environmental risks and increase preparedness as well as to improve awareness building and public communications on these issues.