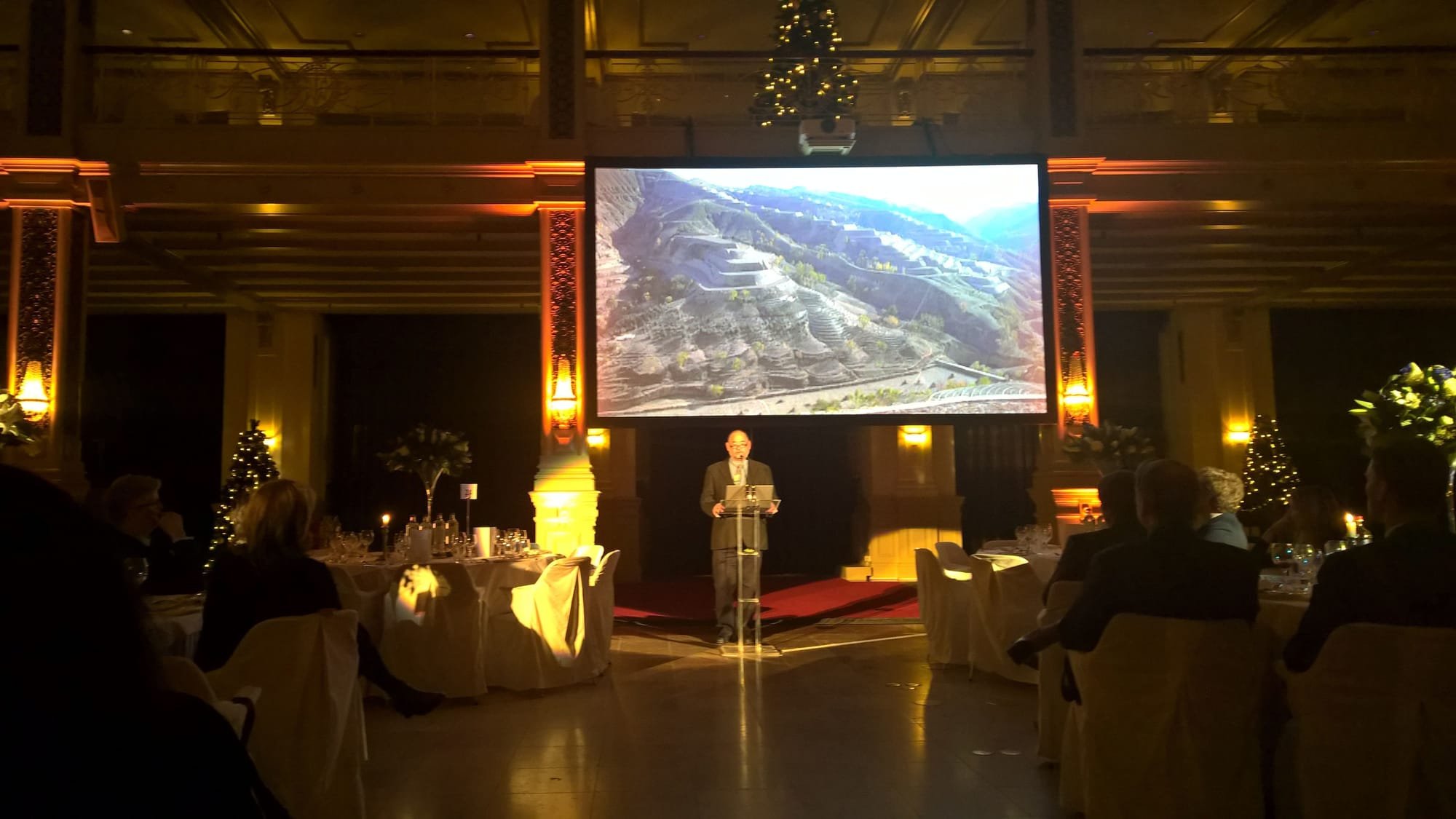 The Institute for Environmental Security was pleased to co-organise the 5-6 December 2016 event at the Peace Palace in The Hague. Nearly 300 government officials and non-governmental representatives shared strategies and information on solutions to water- and climate-related security challenges, which was a key element in the Netherlands’ bid to join the UN Security Council in 2018.

The following article text and more information on the Conference can be found on the Planetary Security Initiative website at .

The Planetary Security Initiative aims to stimulate the engagement of global experts and policy-makers in discussion and resulting action on climate change and security. Dutch Foreign Minister Bert Koenders supported this conference goal in his address to the opening plenary session: “Climate experts and security policy makers are not yet sufficiently linked, and this is what is needed.” 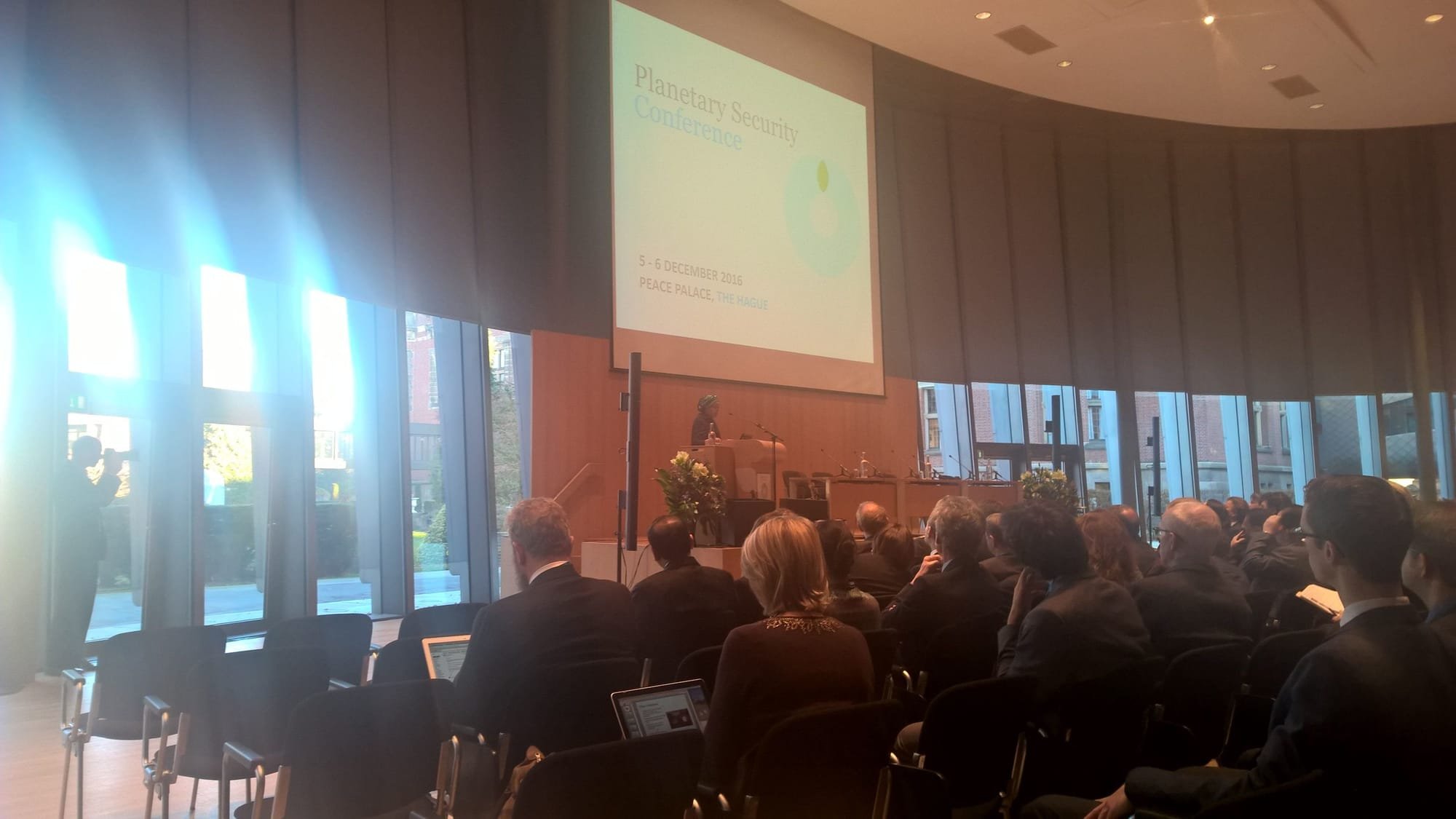 Former Advisor to U.S. President Barack Obama, Alice Hill, urged in her opening statement that proof of climate change is overwhelming and is happening at an unprecedented rate – with impacts on communities and economies. Regarding stepping up as a global community to effectively combat climate change and its impacts, Amina J. Mohammed, Nigerian Minister of Environment, said that small groups of like-minded people are clearly able to change the world, and that the needed expenditure to meet climate challenges is as small as “peanuts” in the context of the global economy.

Netherlands Chief of Defence General Tom Middendorp reinforced the urgency of global cooperation in his plenary remarks when he referred to uncertainty surrounding U.S. President-elect Trump’s position on climate change: “As Chief of Defence, I believe climate change can be a root cause of conflict, can create breeding grounds for extremism, and can trigger migration flows… And therefore I believe there is no security… without climate security.” Minister Koenders’ also cautioned against approaching global challenges “from a narrow, national perspective.”

Twelve working groups during the two-day Conference focused on sharing information among stakeholders in order to develop policy action points. Several of the groups called for better linkages between policy makers and practitioners. The group on the Middle East and North Africa stressed that the need to “fill the gap between high-level policy planning and the situation on the ground. We need figures on the economic benefits of an integrated approach to address water-energy-food scarcity and pilots to prove these benefits in practice, in order for policy-makers to be convinced to plan for sustainability". 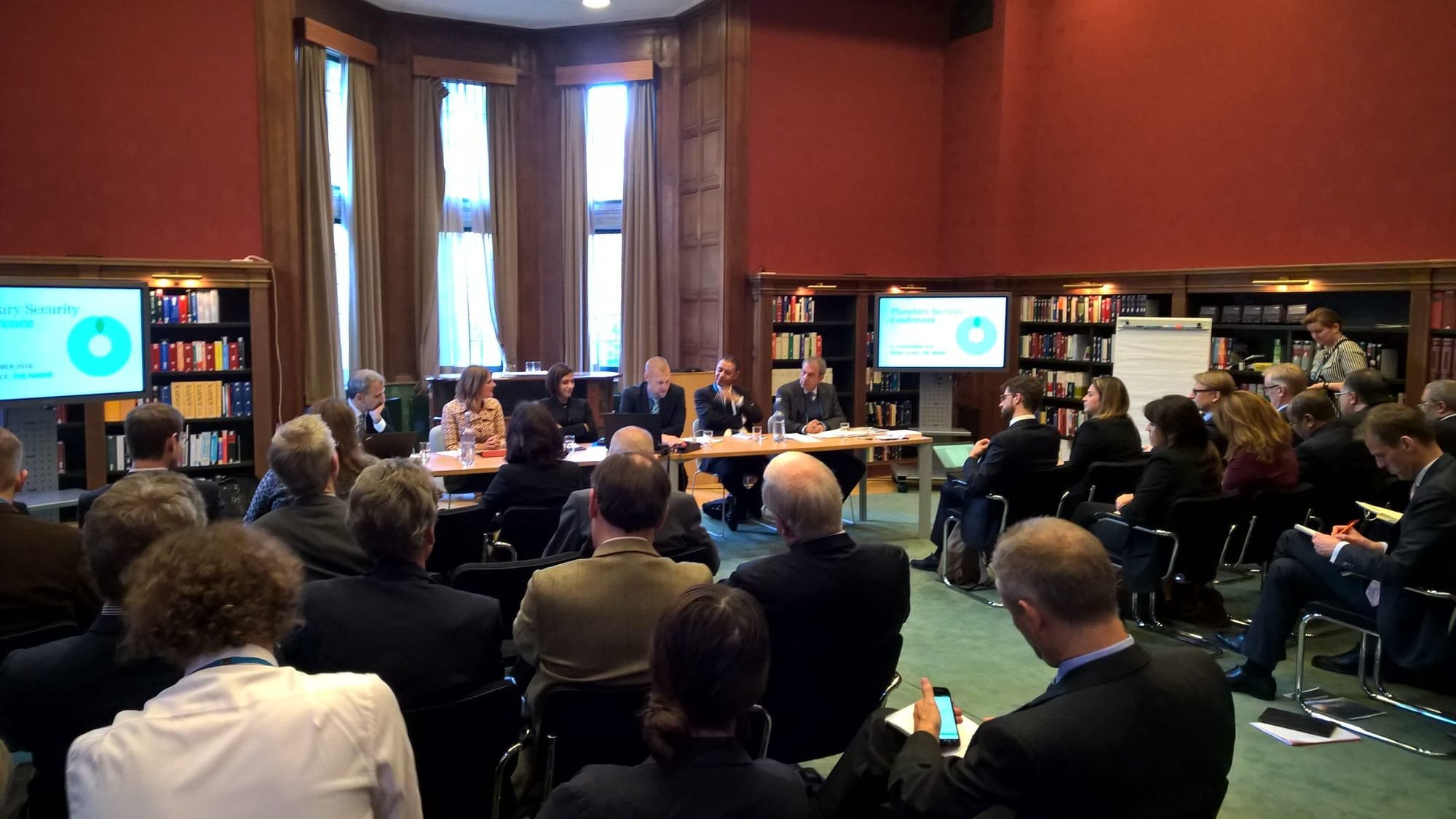 The working group on the European Union noted that EU actions on food and water security, and disaster resilience are “not always pursued as part of a specific climate security strategy" and called for "moving forward simultaneously at the political, strategic and institutional levels to ensure that concrete actions on the ground are appropriately targeted and robustly supported". The group also called for integrating climate and resource issues into EU regional strategies, building robust climate diplomacy resources and working with EU member states to drive climate integration within UN bodies".

A monitor and report on The Economics of Planetary Security: Climate Change as an Economic Conflict Factor was published on the first day of the conference as a key input. The publication models the economic impacts of climate change together with conflict risk, and explores what makes some countries resilient while asking if these factors can implemented in other countries to help protect people from climate impacts.

Another PSI report on the global resilience agenda and climate fragility risks discusses recent developments in the field of climate and security. This report is a follow-up to the landmark study New Climate for Peace published in 2015 as input for the G7. This years' report points to a deteriorating security situation, but also to efforts to combat climate change, build resilience and improve early warning and conflict prevention mechanisms.

Chair of the Planetary Security Advisory Board, Alexander Verbeek, said: “Millions of people are already adapting to the impacts of climate change: insecurity of water supplies, sea level rise, food shortages, energy shortages and more. Through the Planetary Security Initiative we are developing a community of practice that addresses the impacts of environmental stress on security. This includes social, economic and political stability, human well-being, and international security. This Community of Practice does not work in isolation, but forms part of a growing worldwide effort to increase environmental sustainability.”

This 2016 conference was the second annual conference in the initiative. Created by the Netherlands Ministry of Foreign Affairs, the Planetary Security Initiative is now implemented by an international consortium of leading think tanks. 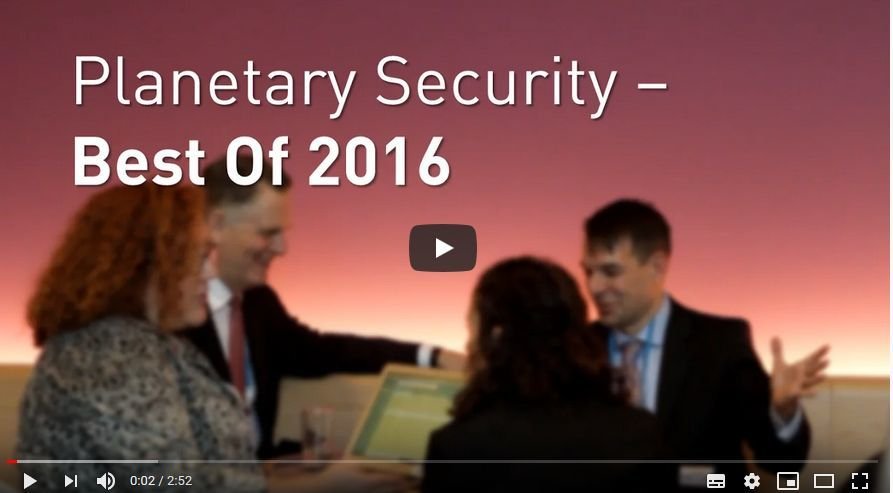 Watch video nightlights of the 2016 Conference 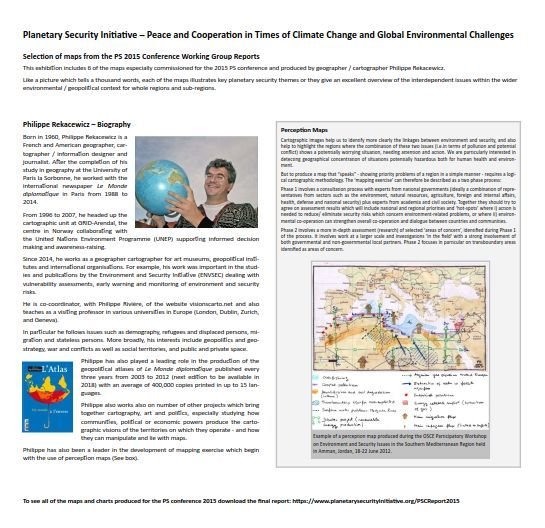 For the 2016 Planetary Security conference, IES arra,ged an exhibit of posters of selected maps especially commissioned for working groups in the first PS conference in 2015. The maps were the work of geographer / cartographer Philippe Rekacewicz.

Like a picture which tells a thousand words, each of the maps illustrates key planetary security themes or they give an excellent overview of the interdependent issues within the wider environmental / geopolitical context for whole regions and sub-regions.